Maddie took advantage of her father’s birthday weekend by taking a grand tour of Battery Park at the southern tip of Manhattan. This area offers a stunning view of New York Harbor that was chalk full of sailboats and sun-lovers.

We came off the Path train at World Trade One and it was just as busy the height of rush hour. The only way to push a stroller through that mess is full speed ahead and Maddie was more than pleased to see pedestrians diving for cover around every corner. We came armed with an arsenal of snacks in case the baby went off the deep end. 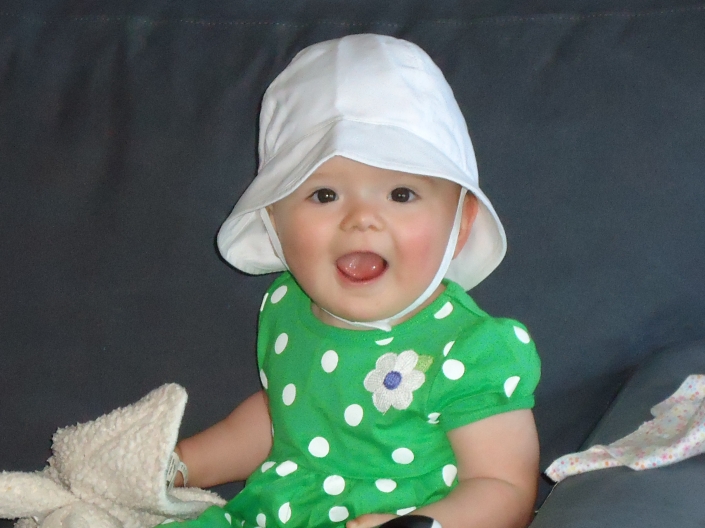 We walked passed the Wall Street Bull and made our way down to Wagner Park. We enjoyed a great lunch on the water where Maddie quickly made friends with two French women at a nearby table. As usual, she stared at them with unabashed curiosity until they started speaking to her.

Maddie also made sure to fire food all over the restaurant including bits of salmon, bread, beans and even a few spears of asparagus. After one of the patrons lost an eye, it wasn’t long before we were asked to leave by armed security personnel. They marched us at gunpoint to the edge of the harbor before we made our escape to the sprawling lawn that lay before the water. 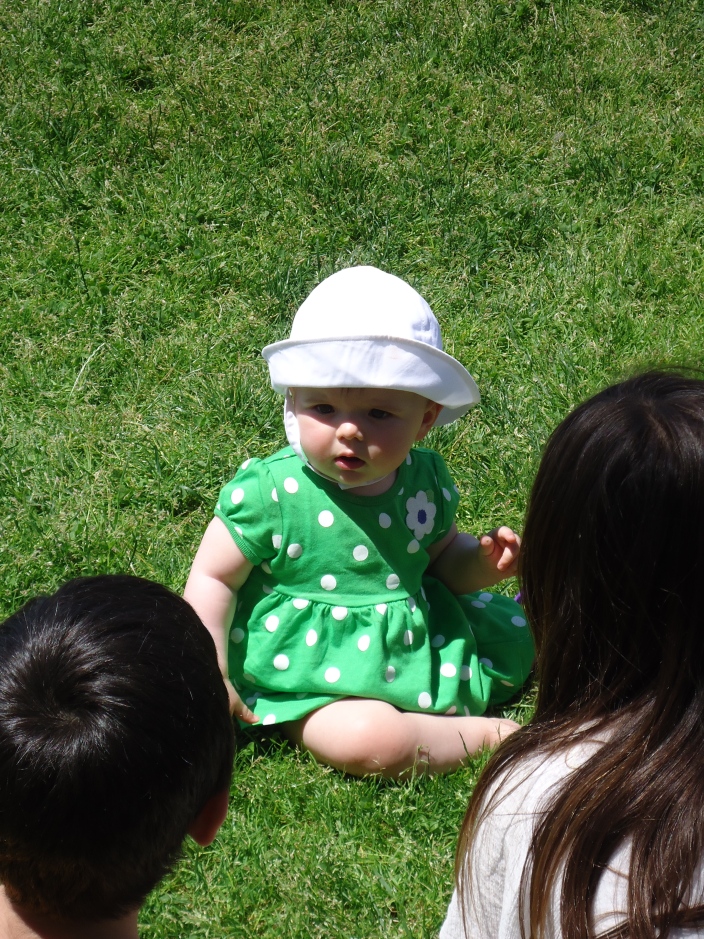 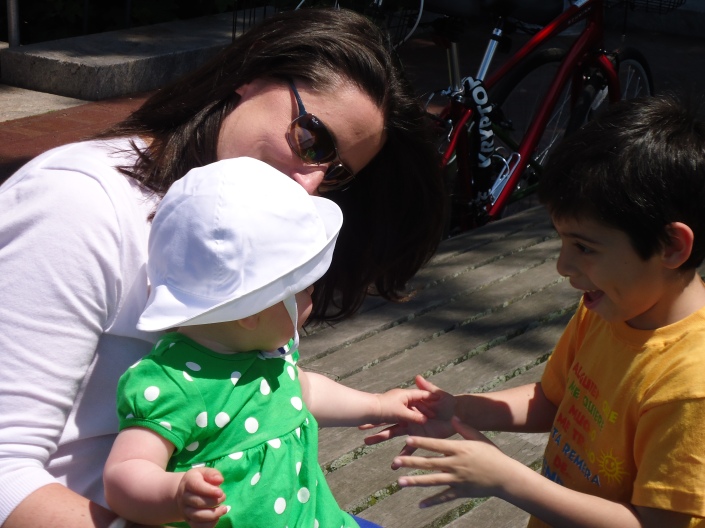 Maddie tested the grass for its taste and texture before making friends with a little boy named Luca. Luca was about four-years-old and seemed taken with my little girl. “Back off buddy!,” Maddie obviously has a thing for older men. The little boy took turns entertaining his sister and coming back to speak with Maddie. She did seem a bit taken with the young lad. But when he tried to hug her, she gave him a quick smack to the chops. Maddie made it very clear that she must be properly courted before a little boy gets fresh with her.

By the time we started strolling home, Maddie was spent from the day’s activities. We rolled no less than 100 yards before she was down for the count for a long hard nap in the stroller. We all had a great visit and can’t wait to come back in June with her cousins Catie and Porter.