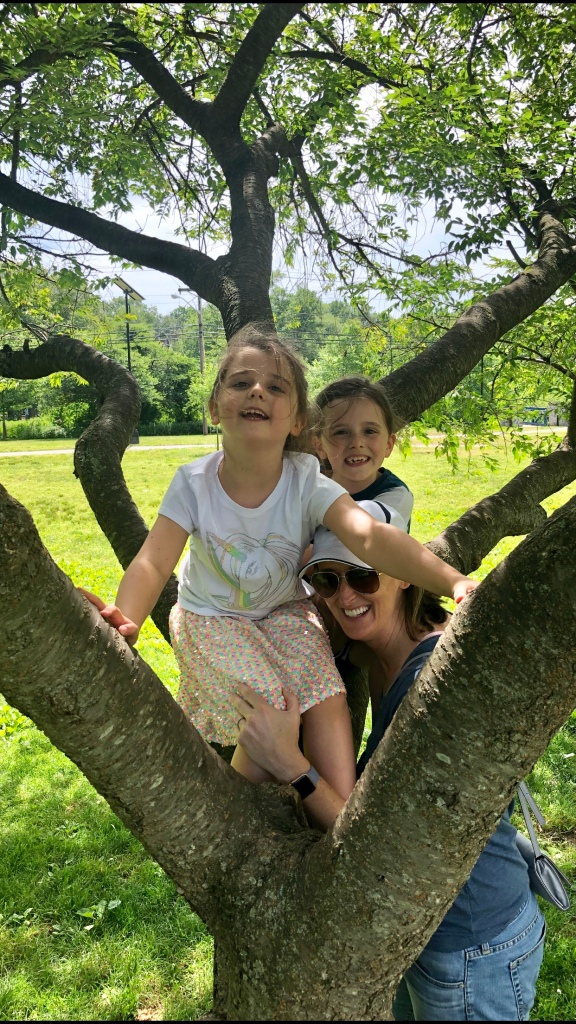 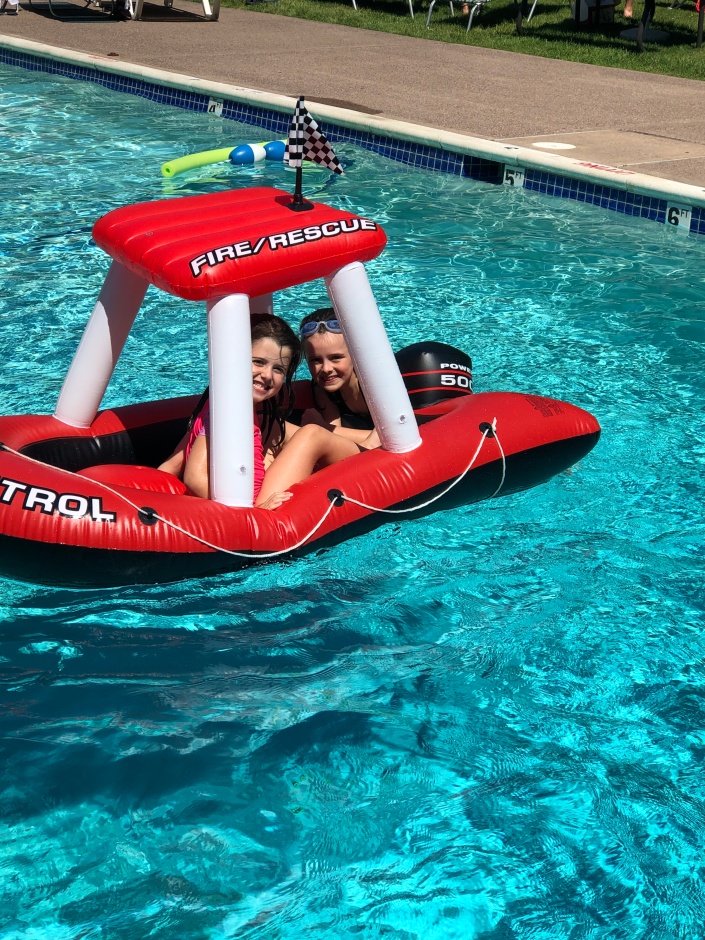 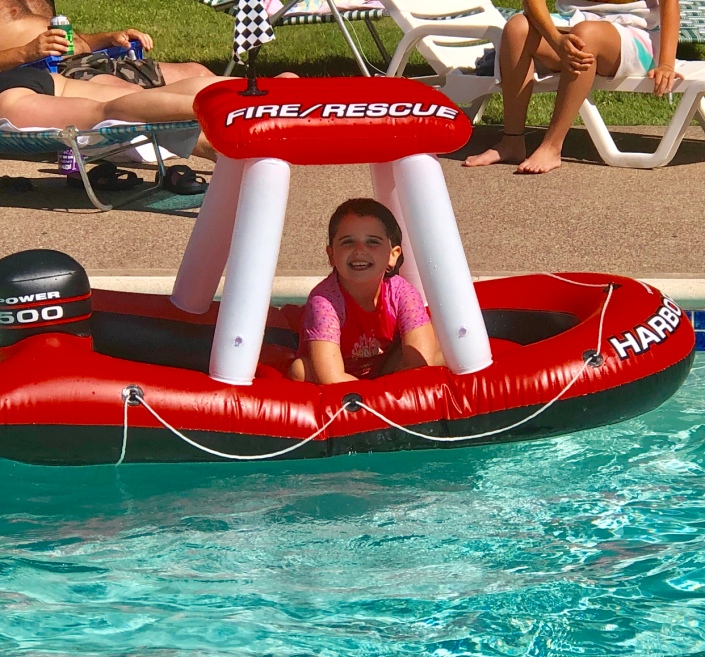 This entry was posted in Summer, Swimming and tagged Sisters, summer, swimming. 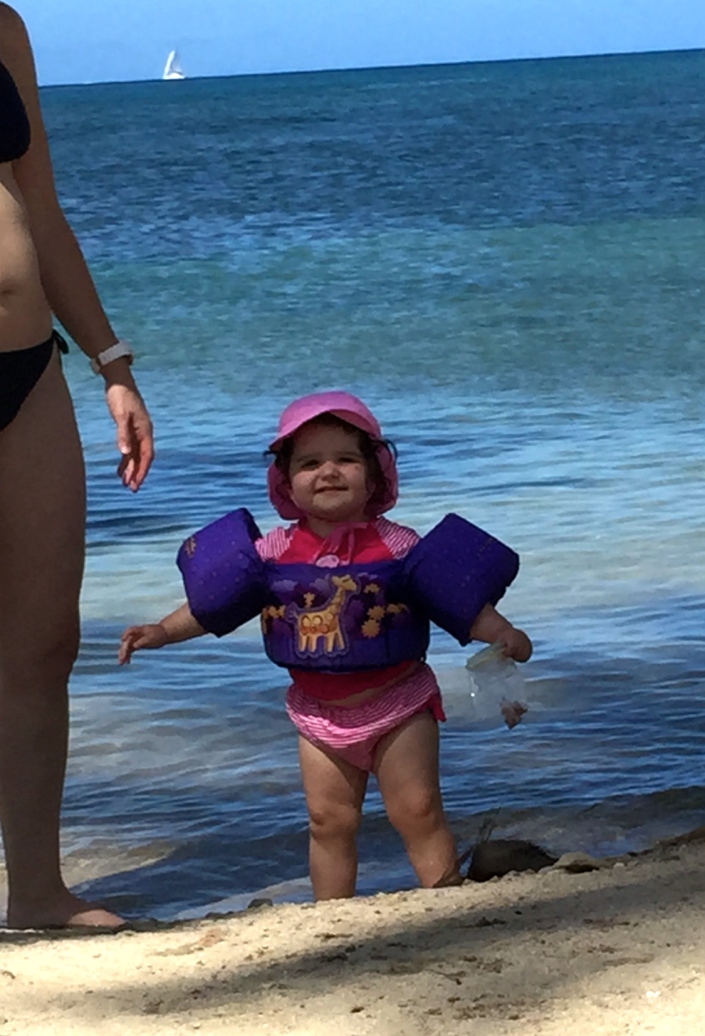 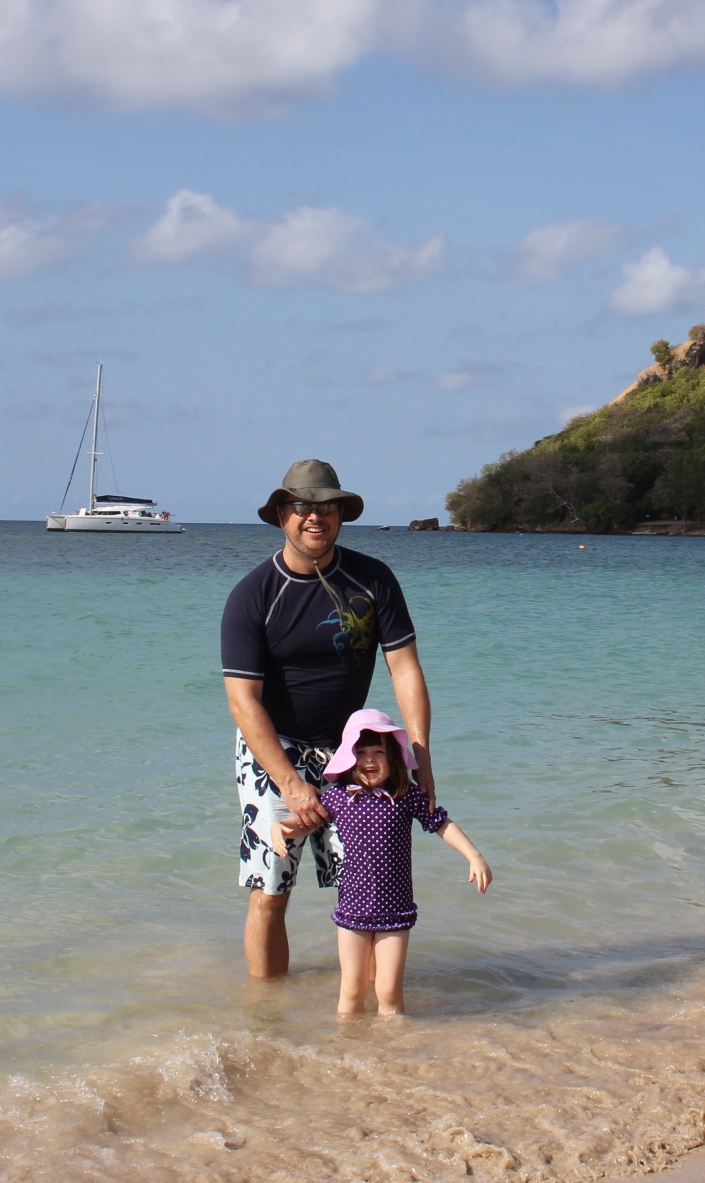 On the High Seas

Is It Summer Yet?

Maddie Makes Friend in the Pool

Maddie is getting used to her chill time in the pool. She’s been more than happy to use her parents as a lounge chair and let them ferry her around the water. But things took a sharp turn Thursday morning when a dashing 9-month-old little boy named Blake joined her in the pool.

Blake obviously had a thing for older women and Maddie is just days away from her first birthday. They made eye contact from across the pool as Blake was being towed in a sleek little floatation device. Maddie prompted me to move in for a closer look.

A sly smile crept over Blake’s face as Maddie moved in, but she was playing it cool. Blake’s floatie had a few cups sitting on the bow and Maddie quickly helped herself to one of them. Blake winked at her, his eyes letting her know that there were more cups where that one came from.

Blake suggested that we move this show to the stairs and Maddie reluctantly agreed. I sat Maddie on the top step as Blake assumed the pushup position about three feet away. Maddie leaned over and grabbed Blake by the arm. The young lad took Maddie’s overt gesture in stride.

They stared at one another for about five minutes before it was time for Maddie to go. She doesn’t get too many opportunities to interact with other children, but like everything else, Maddie handled her business like a real pro.