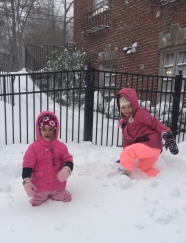 When is the heavy stuff coming? 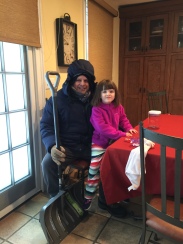 Go forth and shovel…

Remember to shovel the roof

Queen of the Hill 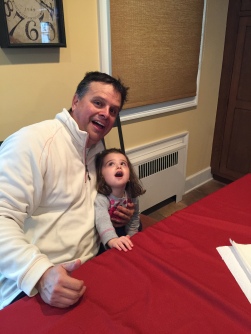 Was it cold out there? 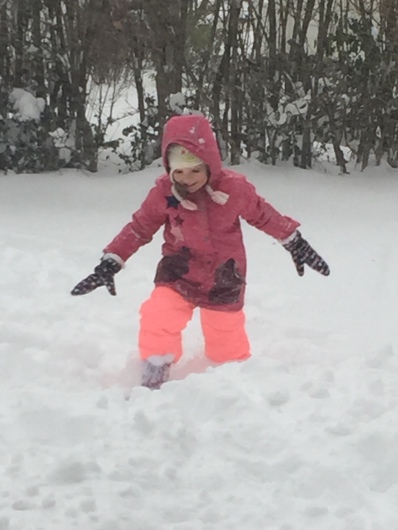 Maddie Gets Her First Taste of Cold Weather

It’s been quite an amazing couple of days for the Amazing Madster! Just 24 hours after evacuating from the New York City area to escape the wrath of Hurricane Sandy, Maddie was already encountering a new weather challenge – Cold Weather!

Maddie was bouncing off the walls the morning after our evac and that meant it was time to hit the great outdoors. 38 degrees in Virginia was not quite what we bargained for, but we are very thankful to have power, hot water and heat.

Maddie is also making it her mission to entertain her grandparents while constantly rearranging their house. Her ability of infiltrate every drawer and cabinet might get us sent home earlier than expected.

Maddie Gearing Up for a Cold Winter

Even without the ear accessories, it’s becoming more and more obvious that Maddie is part polar bear. Just like last year, the cold weather has come rolling in and Maddie still hasn’t noticed.

This is a girl that doesn’t like the warm temps at all – but once it creeps under fifty degrees, she is in her element. Today we were outside and the wind chill had to be in the mid-thirties. I kept wrapping Maddie up in her warm blanket and she kept snatching it off and waving it over her head.

Despite Maddie’s cold weather antics, we have made progress in one critical area. Maddie now realizes that if she wants to go outside, shoes have become a non-negotiable part of her life.

Now that it’s chilly, Maddie signals that she is ready to go outside by hand-delivering her bear jacket and then bringing out a pair of shoes. This is one of the most dramatic turnarounds in the history of clothing. We really believed that Maddie would be refusing to wear her shoes well into her teens.

But this is no time to celebrate – The next Herculean task on our agenda is to get Maddie into gloves or mittens before the temps dip into the twenties.